Life Insurance – Is Agency channel viable? At least in the long run?

For Life Insurance business, Agency channel is supposed to be the backbone. For decades, LIC of India is running on the strength of agency channel. However, for private life insurers, the channel is still not viable. The productivity is low and the expenses of recruitment, training and maintenance costs are high. Well, they are not high if the productivity is commensurate with the expenses, which currently is not the case.

Is the short run not really short?

The next question is, how long is the short run? The industry was opened up 15 years ago. No private insurer can confidently say, today, that their agency channel is viable. Does this mean that this short run is not really short and extending too long?

Need for a fundamental shift

My take on this is, there should be a fundamental shift in the way the channel is run. Currently, the focus is only on the recruitment. The new people come into the system, log in one or two policies from his or her natural market, only to realize that this business is not his/her cup of tea, and leave. All the money incurred in recruiting and training these people is turning out to be a waste. And that is the problem. The other issue is the heavy hierarchy in running the channel. There is Sales Manager to recruit agents, and there are at least 3 layers above him. All of them are salaried employees. And the biggest cost for the channel is these salaries. Agent’s remuneration is dependent only on productivity whereas these salaries for sales manager and above are fixed. Due to the fixed nature of these salaries, unless the productivity of agents is consistent with this, the channel can’t be viable. This is where the shift is required.

In my view, there is no point in recruiting thousands of agents and letting 90% of them go after one year. Rather, insurers should recruit only few hundreds of agents per annum and focus on making 90% of them productive. This effectively means, you need many filters at the time of recruitment to recruit only those people whose profile fits to become a successful agent and not anyone and everyone. This would automatically reduce the number of sales managers and above in the hierarchy. A similar approach has to be followed for the recruitment of sales managers also. The cost will come down and the productivity will improve. This is not easy and nobody could crack it so far. But, the survival of agency depends on cracking this. Insurers should at least make a start in this direction. Also, digitalization might help. For example, can we reduce the layers of hierarchy by using digitalization. One other thought is, in India, due to the vast geography, span of control is a big problem which is necessitating those many managers. Is it better to chose few locations and operate only in those locations there by optimizing the span of control?

It is important to try different ideas and succeed in some of them. Else, the viability of agency will really be under threat very soon. May be it is already under threat.

What is your take? 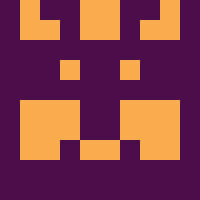 9 thoughts on “Life Insurance – Is Agency channel viable? At least in the long run?”